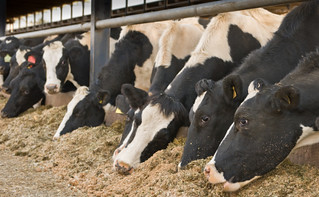 The Australian Greens have condemned the Federal Government’s decision to resume the exports of live cattle to Indonesia.

Speaking in Canberra after the announcement, Greens Agriculture Spokesperson, Senator Rachel Siewert said the Minister had given no guarantee that animals must be stunned prior to slaughter.

“Anything short of stunning before slaughter is not acceptable and constitutes a failure from the Federal Government,” said Senator Siewert.

OIE guidelines do not require stunning before slaughter of cattle. Without stunning, cattle can exhibit indicators of possible consciousness for up to 2 minutes after the throat is cut, leading to a slow and pain death. The welfare standards which are acceptable to the Australian public and farmers cannot be guaranteed in overseas markets.

Senator Siewert and Adam Bandt, Member for Melbourne have introduced legislation to end all live exports for slaughter.

The Australian Greens motion for a Senate Inquiry into live exports was successfully passed on 16 June 2011. The Senate Rural Affairs and Transport Reference Committee for will conduct the inquiry and report by Thursday August 25 2011.

The Senate has today backed the Australian Greens motion for an Inquiry into the role played by Meat and Livestock Australia and other organisations into the inhumane treatment of animals in Indonesia.

“This will be a prompt, public and transparent process which will deliver some important answers about how the animals in Indonesia were allowed to suffer such appalling treatment,” Senator Rachel Siewert, Australian Greens spokesperson for animal welfare said today.

“The Senate Inquiry will investigate and report into the role and effectiveness of Government, Meat and Livestock Australia, Livecorp and relevant industry bodies in improving animal welfare standards in Australia’s live export markets.

“The representatives from these organisations have been in Indonesia; they have visited the abattoirs that we saw so graphically depicted on Four Corners.

“It is important that this inquiry will examine the role of MLA. They have a responsibility to maintain and improve animal welfare standards in Indonesia and clearly this has not occurred.

“Our cattle industry in crisis as a direct result of the failure to maintain animal welfare standards and it is important to know how this happened and determine where the responsibility lies,” Senator Siewert concluded.

The Senate Rural Affairs and Transport Reference Committee for will conduct the inquiry and report by Thursday August 25 2011.

"We are now calling on the Government to bring the Greens' bill on for debate before the end of June. This is important legislation and it should be debated as soon as possible.

"As live exports continue, it is inevitable that we will see animals suffer unnecessarily prior to slaughter.

"The time has come to improve and increase processing in Australia to support local jobs and communities. The local benefits of processing meat in Australia have been underestimated for too long and are being talked down by the live export industry.

"Processing animals in Australia protects them from inhumane treatment and ensures our laws and standards regarding animal welfare can be upheld.

"By growing our meat export trade we can create more local jobs, support communities and maintain economic viability for producers. We should be investing in these economic opportunities rather than maintaining the live export trade which sees animals being treated so badly once they leave our shores," Senator Siewert concluded.

Greens to push ahead with legislation to end live exports

The Australian Greens remain committed to legislating a permanent end to live exports in the wake of the Government’s announcement of a suspension of all live cattle shipments to Indonesia.

"The suspension is very welcome news; the Government has finally done the right thing. However this is only the first step,” Senator Rachel Siewert, Australian Greens spokesperson on animal welfare said today.

"We will be pushing ahead with our bill to immediately end all livestock exports for slaughter. This legislation has been introduced into the House of Representatives by Greens MP Adam Bandt and I will be tabling it in the Senate next week.

"From the evidence we have seen, both in this situation and others, it is clear that this trade is cruel and welfare standards can not be properly monitored or enforced. For this reason, we remain committed to a total ban.

"This suspension is an important first step which must now be followed by a permanent ban, which is precisely what our legislation delivers," Senator Siewert concluded.

Greens MP Adam Bandt will push ahead with a bill to ban all live animal exports following an announcement by the government to suspend export to Indonesia.

Joining the RSPCA and Animals Australia in Canberra today, Mr Bandt said half measures were not enough and any delay would cause more suffering.

Senator Rachel Siewert will also move for debate on the bill in the Senate.

"I will push ahead with my bill to put in place a complete ban on live animal exports," Mr Bandt said today.

"There is only one consistent approach on this issue. Just because the images are not shown on TV doesn't mean animals exported to other countries are not being mistreated."

"Allowing exports to countries that claims to conform with OIE guidelines is no solution. Indonesia was an OIE signatory and the guidelines were not enforced. And there is no way to police this requirement across tens of thousands of abattoirs worldwide."

"And a phase in over three years would mean many millions of animals face mistreatment before a ban is in place."

"Banning the export trade will boost jobs in the Australian meat industry and will significantly improve animal welfare."

The Australian Greens say the Government's new approach to live exports does not go far enough, with an immediate suspension and total live export ban remaining the only viable option.

“The sort of abuse witnessed on Four Corners is widespread in Indonesia and it is clear that the Government cannot guarantee the welfare of animals,” Senator Siewert said today.

“The Government should support the Australian Greens legislation which bans the export of animals for slaughter,” said Senator Siewert.

“We need to be looking at how to improve and increase processing in Australia to support local producers and jobs. We do not believe the export of any livestock for slaughter is appropriate.

“Serious questions need to be asked about the roles of organisations as Meat and Livestock Australia and LiveCorp.

“MLA has received $5 per head of cattle exported to address animal welfare issues - clearly that has not happened appropriately. We're now facing a crisis in this industry as a result of systematic abuse in Indonesia.

“A great number of people appear to have been seriously let down. Perhaps if the MLA and Government had done more in this area, we would not be in this situation.

“I will be moving to have this issue examined by the Rural Affairs and Transport to determine how it was allowed to eventuate. A supposedly independent review was published earlier this year which didn't expose this situation, how can that be? Clearly everything is not okay.

“This abuse is clearly widespread and has been occurring over a long period of time. It needs to end,” concluded Senator Siewert.

"Greens MP Adam Bandt has given notice today of a Bill in the House of Representatives that ends export of livestock for slaughter. This is following through on a long held Australian Greens policy,” Senator Siewert said in Canberra today.

"In the first instance, the Minister must act to suspend licences for export and then ultimately this trade must be permanently ended.

"The Minister has not done enough on this issue, he needs to act now," said Senator Siewert.

In WA, Senator Siewert’s home state, live export has been an on-going campaign for the Greens, and Lynn MacLaren, WA Greens MLC has today backed the federal push for legislation.

"Live exports cause unnecessary suffering and should be stopped altogether. If we continue to export animals to countries with little or no animal welfare protection, these animals will suffer unnecessarily. If we stop live exports we can stop this suffering and increase local jobs in meat processing,” Ms MacLaren said.

"The government continues to defend the industry in spite of overwhelming evidence of suffering, while the Greens have called for a replacement of live exports with a packaged meat trade," said Ms MacLaren.

Agriculture Minister must act to stop live export of cattle

The Australian Greens said tonight that the Minister for Agriculture, Fisheries and Forestry, Senator Joe Ludwig must immediately suspend exports of live cattle to Indonesia in light of the horrific details revealed on Four Corners.

"Nobody watching Four Corners can be anything but horrified about the way Australian animals are being treated in Indonesia," Senator Rachel Siewert, Australian Greens animal welfare spokesperson said after tonight's broadcast.

"In estimates last week Senator Ludwig said he wanted to see the evidence of animals being mistreated - that evidence has now been presented and the Minister must act to immediately stop any live exports of cattle to Indonesia.

"The Minister must suspend or cancel export licences.

"The Australian Greens, like other MPs, will be introducing a Bill to ban the export of live animals. Unfortunately, this can't be dealt with by both Houses of Parliament for a couple of months, in the meantime animals will continue to be exported and mistreated.

"The Government needs to stop the exports now.

"These slaughter practices are very extreme and systematic, they are not isolated incidents. This trade simply cannot continue in this fashion," Senator Siewert concluded.

The Australian Greens have described the suspension of live exports to three Indonesian abattoirs as a ‘token step’ being taken as graphic new evidence emerges showing the inhumane treatment of cattle.

“This suspension is a token effort and plays down the extent and severity of this issue,” Senator Siewert said today.

“It would be naive to think that the suspension of exports to just three abattoirs, as has been announced today, will end this unacceptable treatment.

“It was confirmed in Senate Estimates this week that Australian exports to around 100 Indonesian abattoirs, surely the industry and Government don’t think that the three suspended abattoirs are the only ones practicing inhumane methods?

“This is clearly a widespread problem, and there is obviously now damning evidence upon which the Minister and the Federal Government should act.

“Indonesia is far and away the biggest import of live cattle from Australia.

“Given the volume of these exports, it is imperative that the Government uses every means possible to ensure the appropriate treatment of animals,” said Senator Siewert.