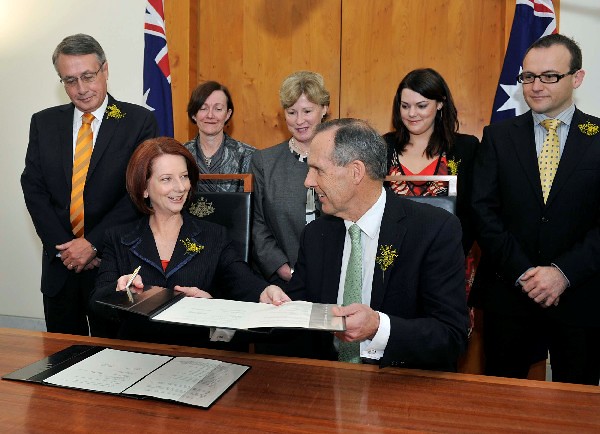 The Australian Greens and the Labor Party have signed an agreement to ensure stability for Labor in Government. The Greens will ensure supply and oppose any motion of no confidence in the Government from other parties or MPs.

Labor will work with the Greens to deliver improved transparency and integrity to Parliament and pursue policies that promote the national interest and address climate change.

As part of the agreement there will be regular meetings between the Prime Minister and Australian Greens Leader Bob Brown and newly-elected Lower House MP Adam Bandt.

“There will be a Climate Change Committee resourced as a Cabinet Committee, an investment in dental health care in the next budget and completion of a $20 million study into High Speed Rail by July 2011,” said Australian Greens Leader Bob Brown.

The agreement includes a wide range of measures. These include: