The Greens will move in the House and the Senate to reverse the Liberal government’s recent politicisation of Australian Research Council grants by requiring the Minister to publicly release all successful grant applications in a timely manner and without other government MPs or candidates involved.

“Research funding should be independently assessed and not a political plaything.

“By holding back public announcements of successful grants until it suits the political needs of a marginal seat Coalition MP, the government is threatening the independence of the ARC.

“Researchers shouldn’t have to worry that their grant application is at risk because a government MP won’t stand next to them at a press conference.

“The Liberals can’t be trusted to act properly, so the Greens will amend the law to require successful ARC grant applications to be publicly released in a timely manner and without politicians or candidates involved.”

The Greens’ amendment to the Australian Research Council Amendment Bill 2019, currently before the Parliament, reads: 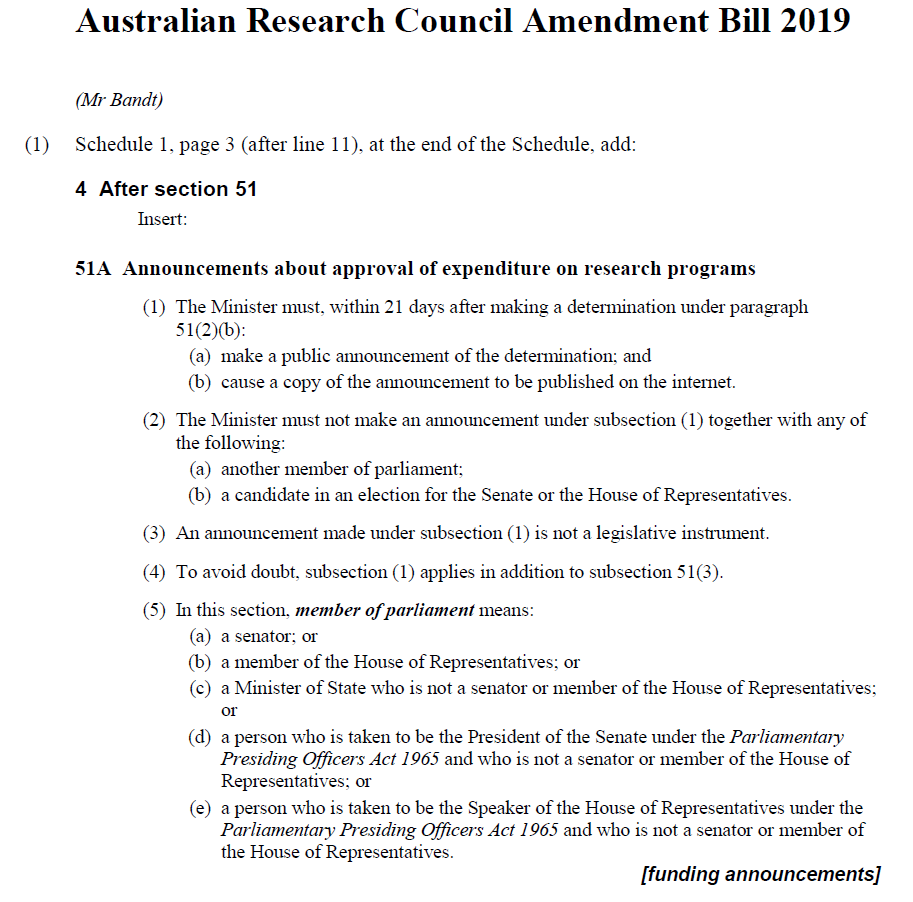 Privatisation not the solution to Auspost debacle

World leaves Australia behind on climate