Standing up for what matters outlines the Australian Greens agenda and policies for the nation including a plan to raise an extra $42.7 billion to care for Australians and our unique environment.

"While Labor and Tony Abbott continue to fight each other, the Greens are standing up for what matters," Greens Leader Senator Christine Milne said.

"Einstein once said that you cannot solve problems with the same mind-set that created them, that's why you need the Australian Greens in the parliament. 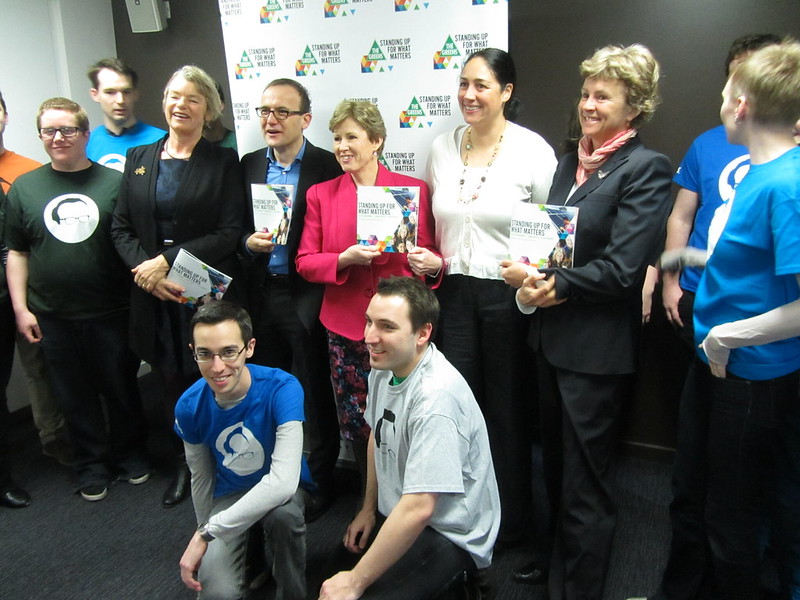 "The Greens have our eyes firmly fixed on the future and the challenges the 21st century poses.

"We care about what life will be like in Australia in 50 years, not just the next three.

"Standing up for what matters outlines the measures we need to protect our environment, to build a caring Australia and to create a new diversified, innovative and low-carbon economy.

"Every policy announced by the Australian Greens this election will be fully costed by the Parliamentary Budget Office and we will collect the revenue to pay for every single one of our policies.

"Reforming our nation so the economy serves people and the environment - not the other way around - is central to the Australian Greens vision."

Greens Deputy Leader Adam Bandt said Australia's future is in our minds, not our mines.

"To secure the innovative industries of the future, Australia must stop spending billions subsidising the fossil fuel sector and redirect money to science, research, education and innovation," Mr Bandt said.

"We need to start closing the gap between rich and poor, which has grown under Labor.

"The millionaires, record profit-making banks, and overseas shareholders, who own 80 per cent of the mining operations in Australia, should be paying more tax.

"Australia should be investing in higher education, not cutting funding to universities and putting students under even greater pressure. We should be increasing Newstart, not condemning people to poverty, and we should be caring for single parents, not making their lives even more difficult.

"We can do all these things and more, like bringing dental care into Medicare for everyone, by standing up to the big mining companies and big banks and demanding a fairer contribution to the community.

"The Greens will deliver a caring Australia, a safer climate and a clean economy while also raising enough revenue to fund vital services and support all Australians."

The Greens have a four-step plan, costed by the independent Parliamentary Budget Office that will raise an extra $42.7 billion by:

The $42.7 billion will provide enough revenue to pay for the Greens' PBO costed policies including:

The four new costed initiatives that have been announced today are:

You can read Standing Up For What Matters here.